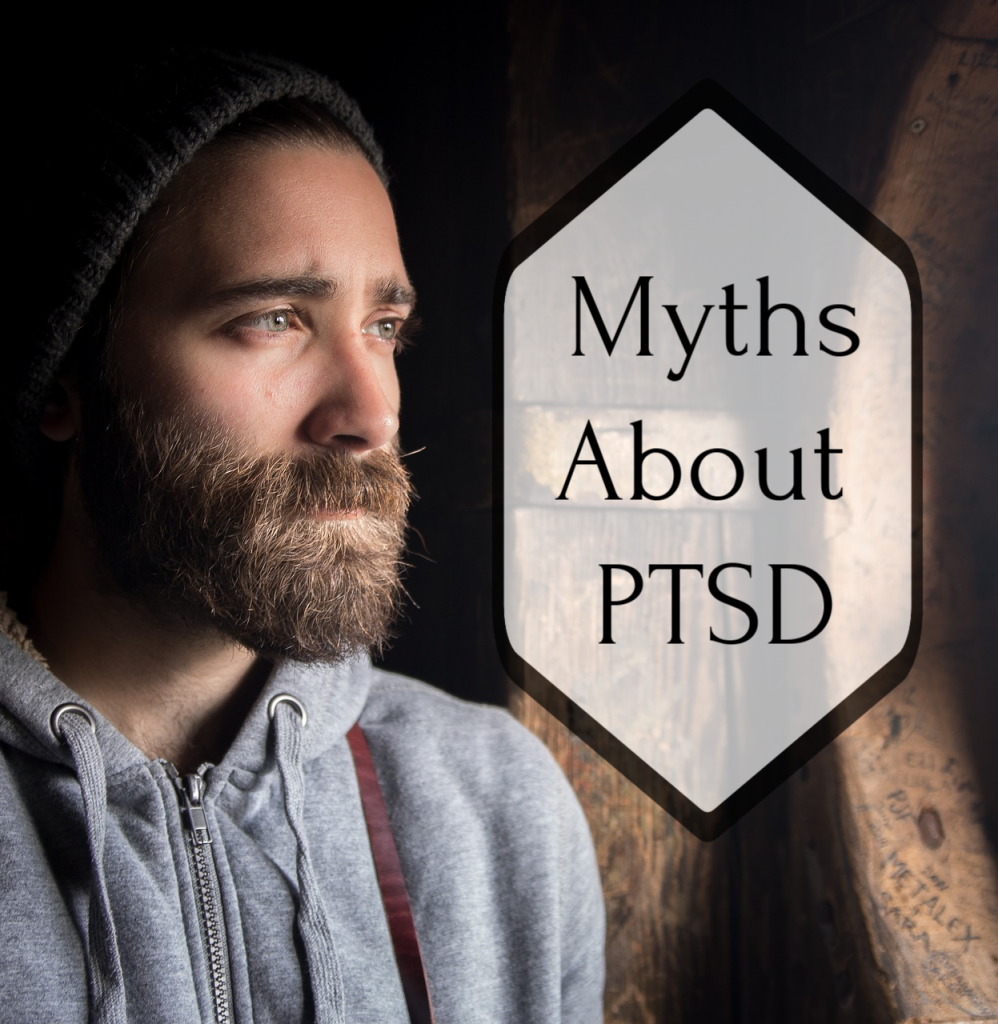 June is PTSD awareness month.  Since our family has firsthand experience with PTSD, I’ve decided to dedicate this month to educate and bring awareness to the sometimes less discussed portions of this condition.  Eric, the one with PTSD, is no longer with our family, but I truly believe his PTSD is the biggest reason for that.  This is why I’m going to continue to talk about PTSD – so that other women (or men) may know that they are not alone in dealing with their husband’s/wife’s/significant other’s issues.  That they are not crazy for feeling the way they do.

The first things to get out of the way are all the myths associated with PTSD.  There are plenty of them.  Here is a list of some of the biggest.

As you can see there can be many misconceptions about what PTSD is and how it affects a person.  Now that we know what PTSD isn’t, we can start to look at what PTSD can look like in day to day life.  The good, bad and ugly of it.  I hope you guys learn something over the next few weeks as I try to explain our dealings with PTSD and share stories of others who have lived with it.  I will probably be talking a lot about Eric and his combat PTSD, but mainly what I observed and lived through.  His PTSD has had a major affect on my life and that of our children.  I’ve gone through Eric’s story in a previous post – PTSD Can Kill – but in that post I only gave a general description of some of the symptoms he exhibited and not how those symptoms effected our family exactly.  I feel the story must be shared in order to give people a better understanding of what life with PTSD looks like – not just for the person with the disorder but also the entire family.  That’s what I hope to accomplish over the next month.