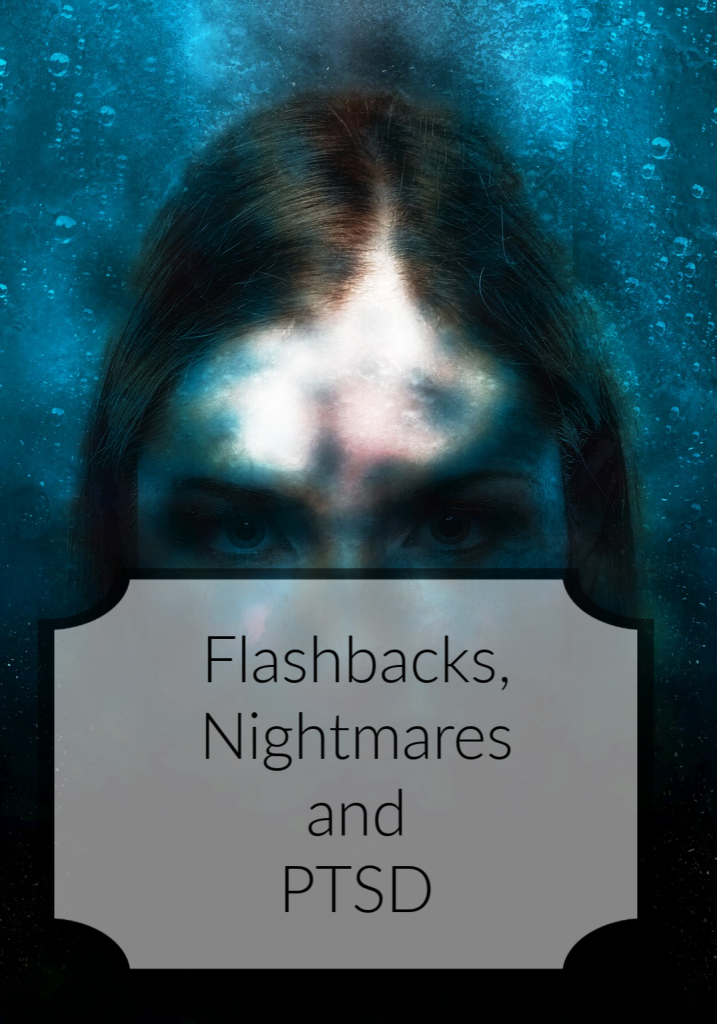 That is not to say that flashbacks aren’t ever dramatic and traumatic when they happen.  The same goes for the nightmares.  These occurrences can be extremely disruptive.  There are flashbacks that take a person completely out of their current environment and transport them back to the time of the trauma by way of touch, sound, smell and even sight.  Nightmares can be so vivid as to feel the same as if awake reliving the trauma or various forms of it.

Most of the time flashbacks are triggered by something in the environment of the person that relates in some way to the trauma itself.  Again though, the flashback could be an understated reaction to an environmental stimulus.  For Eric there could just be a smell that would take him back to Iraq.  Burning tires was one of them.  When he would get even a whiff of burning tire smell, he’d get really quiet, withdraw and be on edge for the rest of the day.

Halloween used to be his favorite holiday.  He loved decorating the house and jump scaring the older trick-or-treaters.  After Iraq though, the more gruesome Halloween decorations would trigger him.  We even had to stop watching any type of Halloween special.  Even the ones giving the history of Halloween because they would undoubtedly go into the hack-n-slash side of the holiday.  The images always took him back to different situations he had been in.  A few he shared with me.  One included a bombing where a civilian ran past him away from the site screaming carrying half a burned body.  Can you imagine having to relive that every time you saw a certain thing on tv or caught a whiff of a certain smell?

We even had to stop watching certain popular tv shows because he would get worked up during certain scenes.  The Walking Dead and Vikings being two of them.  We had to be very careful not to trigger him and that included being mindful of all stimuli coming in throughout the day.  Once triggered he could go anywhere from withdrawn and edgy to angry and violent.  Avoiding triggers is the key to combating flashbacks.

The nights after being triggered were usually bad.  He would be restless and not sleep well.  The nightmares would also come.  They were more prevalent early on, but he still had them from time to time especially after flashbacks.  There have been many women who have awoken to being strangled in their sleep by their husbands having flashback type nightmares.  My grandmother was one of those women after my grandfather returned from Korea.  Fortunately, I never went through that.  Eric mostly would just toss and turn.  I did get an elbow in the arm, back and face on a few occasions, but nothing drastic.

Sometimes there are no triggers for flashbacks or nightmares.  Stress levels, anxiety, and exhaustion levels have an impact on just how susceptible a person is to these events.  This is yet another reason why reaching out for help for PTSD is important.  There are therapies available to help curb these reactions to trauma.  One being Visual Kinesthetic Dissociation.  This is where the trauma is visualized as a movie in the person’s head replaying the events in a “safe” way in order to reprogram the brain to process the event in a less traumatic manner.  There are several other methods that are available also.  Each working to reprogram the brain’s reaction to the trauma.

Once again, reaching out for help in dealing with PTSD is not a sign of weakness.  Symptoms of PTSD can be treated.  It is not a quick fix or one-time deal.  It takes time and effort in order to get through, but life after trauma is possible.

2 thoughts on “Flashbacks, Nightmares and PTSD”