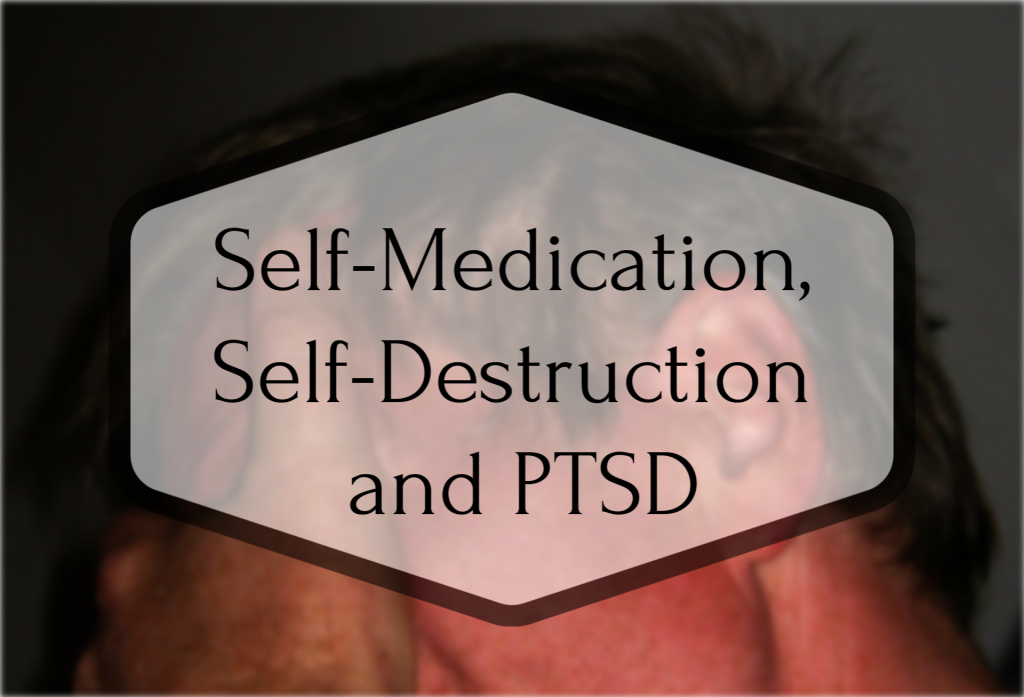 We’ve all heard the stories about service men and women and policemen who try to drown their demons in alcohol.  You can find the theme in many tv shows and movies.  And there is much truth in that.  Many, many of those who suffer with PTSD find themselves drowning in alcohol and drug abuse as a way to “feel better.”  Truth is these behaviors only make it worse.

Alcohol is a depressant – those with PTSD usually suffer from depression.  It just makes sense that alcohol should be avoided in order to not make symptoms worse.  Yet so many times alcohol is used to help the person get to sleep at night or to get rid of unwanted thoughts.  This is why professional help is needed.  Medications can be provided to alleviate symptoms while not putting the person at greater risk – physically and mentally.

There may be a quick fix high from the alcohol or drugs, but they also usually put the person in dangerous positions whether it be an environment with the potential of violence or a set up for suicidal thoughts to become reality.

This self-medication with alcohol and drugs is only the tip of the iceberg.  While it is the most common of destructive behaviors there are others like engaging in self-harm such as cutting or burning, becoming an extreme adrenaline junkie or gambling – in short, any behavior that can lead to a negative outcome be it financial, physical, mental or otherwise.

As mentioned earlier, alcohol leads to aggression in most situations causing fights or outbursts.  Eric used (and still does) alcohol to numb his pain.  The result was many nights of rages that included the throwing of furniture inside the house – one time it was our kitchen island – or anything that wasn’t bolted down in the garage to include his motorcycle and even the garage door.  It ended up off its tracks and in the middle of the driveway in pile of twisted metal.  He spent the rest of the night sitting in the garage with a beer and his gun daring someone to try to come in and steal something.  He spent many nights at the bar and got into a couple of physical fights while there with other drunks.  Even earned the nickname of “Choke” after one of them.

His motorcycle became another part of his self-destructive behavior.  While sometimes a ride would help clear his head, if he was already too upset or had been drinking, he would ride erratically almost as if he had a death wish.  Speeding and taking unnecessary risks while riding bordering on suicidal.  Drunk driving is one of the biggest of self-destructive behaviors.

Studies have been done by the VA and other organizations that prove that these risky behaviors raise stress levels thereby causing the symptoms of PTSD to worsen.  This is one reason self-destructive behaviors have been added to the list of PTSD symptoms in the fifth edition of the DSM (Diagnostic and Statistical Manual of Mental Disorders).  Those who seek help are less likely to participate in such behaviors and therefore have a better quality of life.  This is – again – why treatment is so important.  Getting help is not a sign of weakness – it means that allowing the PTSD to get the best of you is not an option.