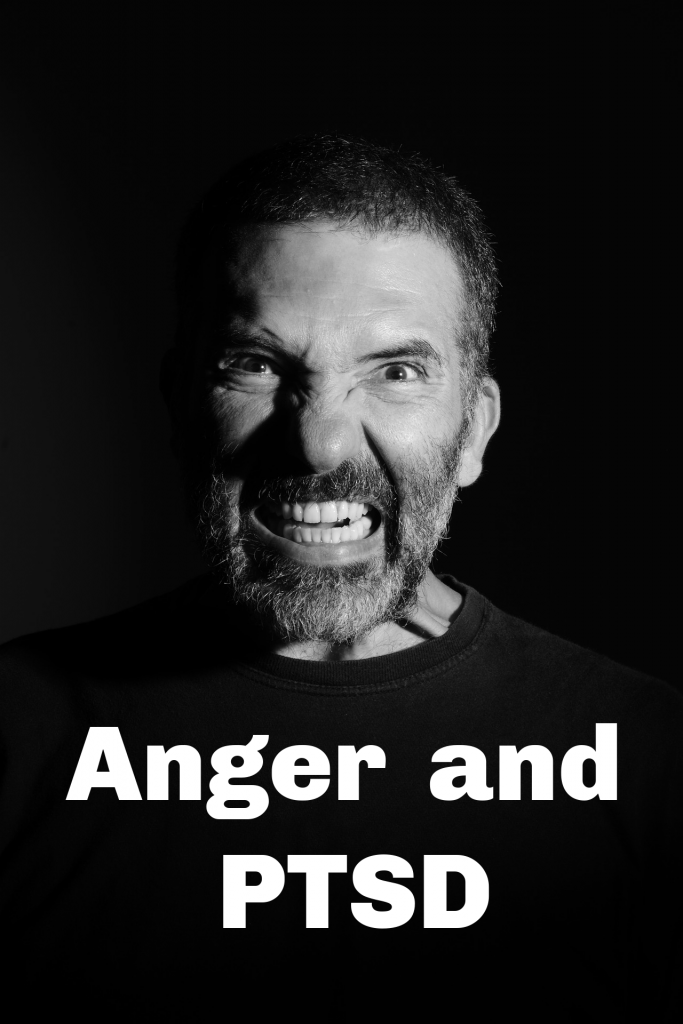 Anger and PTSD are very commonly connected.  Trauma can lead to anger as part of “survival mode.”  In fact, anger falls under the category of Hyper-arousal under PTSD symptoms.  Anger is a fight or flight reaction when one is faced with a traumatic situation and some can’t seem to shut it off.  This is not to say that anger always comes with PTSD, that isn’t the case.  However, most deal with anger in some form or another.  It is when the person tries to hide or bury the anger that it builds up and eventually explodes.  This is dangerous for the person as well as those around them.

The anger one with PTSD feels may not ever cause them to lash outwardly.  Instead, the anger may be more internal causing them to lash out at themselves by way of self-destructive behaviors to include drug and alcohol abuse and self-harm.

While combat veterans are not the only ones who suffer from PTSD, they are more prone to extreme anger.  This has a lot to do with the self-medication many participate in that includes drinking heavily as a way to deal with sleep disorders and other such symptoms.  I have already discussed anger in this regard in my post Self-medication, Self-destruction and PTSD.

Anger is very destructive to relationships and can sometimes lead to domestic violence situations.  Those with PTSD are not immune.  There is a point where the anger can become rage and when that happens the angry person can lose control of themselves and become dangerous to themselves and everyone around them.  I have patched holes in my home’s walls and doors to prove that.  There has been research done that proves that up to 20% of those in close relationships with someone who suffers from PTSD have been victim of a violent act against them.  While working with Battling BARE, I came across many, many women who had been abused by their husbands during a fit of PTSD rage.  Anything from just being thrown around to broken noses.

Again, I will say that not everyone with PTSD will have anger issues.  This is only one part of the myriad of symptoms that come with PTSD.  But it is important to note that anger is still a very big part of PTSD.  For many it is a constant – the anger bubbles just under the surface all the time.

So how does a person deal with all this anger?  There are several techniques.  Anger Management techniques that include exercising, practicing mindfulness and self-soothing techniques.  You may also identify triggers that set off the anger.  Try to do something that relaxes you.  The main thing to not let the anger fester or try to hide or bury it.  This only makes the anger stronger in the long run and makes it more destructive.

If you or someone you love has PTSD and struggles with anger, there is help available.  Please seek out anger management therapies or courses and try to talk to someone about the anger.  Do this before it consumes you and you end up hurting someone you love.