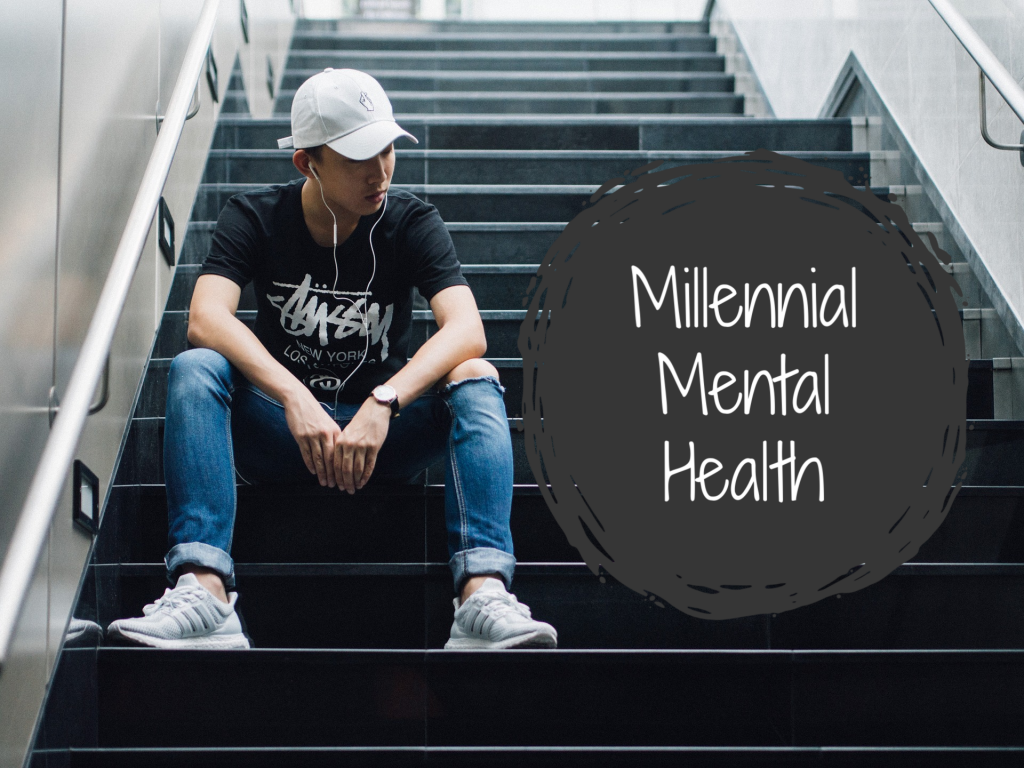 Paix recently had a full comprehensive mental health evaluation done.  It confirmed her diagnosis of Bi-Polar II with psychotic features and ADHD but did add a new one – Generalized Anxiety Disorder.  This new diagnosis is actually a very common one for her generation – millennials.  In fact, I have nieces and nephews diagnosed with the same thing as well as a few friends of the kids.

I really hadn’t thought much about Paix being a millennial until I mentioned some of my frustration during therapy one day about how unfocused and seemingly lazy she was being.  My therapist told me that it wasn’t just Paix, in her experience it seemed to be the whole generation.  That got my wheels turning about millennials and how being one related to mental health – so I did some research.  As it turns out anxiety and depression are the most prevalent mental illnesses in her age group.  Millennials in general have the highest rate of mental illness compared to other age groups.  The NIMH (National Institute of Mental Health) reported last year that young adults ages 13-17 are more likely to have a mental illness that any other age bracket with adults aged 18-25 coming in a close second.   Millennials are facing the worst mental health crisis we have probably ever seen.  But why?  What’s the deal with that?

For those of you who may have been living in a cave for the past several years and don’t know, millennials were born from the mid-1980s to the very early 2000s basically coming into adulthood in the first decades of the 2000s accused by many of being entitled, unfocused, impatient, lazy and narcissistic.   Millennials have grown up in a world of participation trophies; instant information; and social interaction through online gaming, RPGs (Role Playing Games) and social media.  They’ve never really known a world without internet or cell phones.  It’s much different than the world we, their parents, grew up in.

Now to be clear, we raised Paix to not expect something for nothing.  We made her work for her allowance.  We took care of the basics, but she was expected to cover any extras or superficial items she wanted.  We tried to instill in her the importance of education.  Yet here she is struggling with her identity and lost as to what to do with herself next much like many others in her generation.  I’ve come up with a few theories of my own as to why she fell into the millennial stereotype and why her generation has turned out the way it has.  Social media has a great deal to do with it.

Social media plays a large part in the lives of millennials – be it Snapchat, Instagram, Facebook, Deviant Art, or any of the other hundreds of social media sites.  On these platforms, these kids (I will call them kids because to me they are only because my child is one) are bombarded with filtered images and watered-down communications of peers.  They have been groomed to compare themselves to others whether there is truth being presented or not.  This can wreak havoc on self-esteem causing a cycle of depression and anxiety as they feel a need to succeed to stay relevant in the world.  In fact, Paix spends much of her free time during the day on these sites chatting with people and comparing artwork or RPG ideas.  These people she chats with are not true friends – just acquaintances. Even if she chats with a few of them every day, it is superficial.  This results in a lack of social skills – those skills needed to form deep meaningful relationships, friendships, that can help you through the tough spots in life as a confidant or support network.  It creates a sense of isolation, which Paix has admitted to me on several occasions.

Even though we didn’t raise Paix to be a follower, in a sense, she has still ended up in the lonely place that millennials seem to share.  Why?  I think it has to do with the natural process of growing up.  When they are small, our children look to us for guidance and security, but as they grow into their teens, they start looking more to their peers for answers on how to act and react to situations as well as validation.  Paix really didn’t stand a chance.  Studies have suggested that for the first time our children are looking for confirmation outside themselves instead of feeling a sense of pride based on their own personal beliefs.  In other words, they are comparing themselves to others to find their self-worth instead of finding it in themselves.  With social media being the carrier of the standards, no wonder their anxiety levels are higher than ever.  Her art is a great example.  She is a part of a few different online art communities where people share their creations and connect socially.  It has crippled her creativity at times.  She feels the need to be as good or better than others in these groups and when she doesn’t think her piece measures up regardless of how good it is, she will think, “What’s the point of even trying anymore?”

It doesn’t stop there.  Due to the constant comparisons, perfectionism has become a trademark of millennials.  And not your average perfectionism, it’s what experts call “multidimensional perfectionism.”  Basically, there are three forms of perfectionism: self-oriented, socially prescribed and other-oriented.  Self-oriented perfectionism is the irrational need to reach an overly ambitious goal.  Socially prescribed perfectionism comes from pressure to achieve status and other-oriented perfectionism is having unrealistic expectations of others.  Studies have shown that millennials exhibit all types of perfectionism instead of just one as previous generations have.  Once again, the comparisons brought about by social media is contributing to higher stress levels.  I’ve seen all of these in Paix and the pressure will stop her cold.  For instance, she has a goal of developing her own comic book series which is a good goal have, but she compares herself to others so much so that she now thinks the comic she creates should rival those put out by Marvel or D.C. pretty much from the starting block.  When she feels she doesn’t measure up to other people’s talent regarding her art or gets negative criticism from peers she thinks should love it, she gives up.  For a while anyway, then she tries again, but it’s turned into a vicious cycle of self-inflicted heartache.

Doing the research I have on millennials, I really think that I now understand Paix a little better.  At one point I even asked her about many of the points I was reading, and we had a very good conversation.  One topic we discussed had to do with fear of failure which once again touched on social media.  I had asked her what made the fear of failure so intense for her.  She said that failure follows you more now than ever before.  It is more public and permanent.  She’s right.  How many times have you heard of careers or lives being ruined (if only for a time) by a social media blast concerning a mistake that person made?  What ends up on the internet, stays on the internet forever.  The pressure to be perfect is higher than ever. No stress there!

So, we can call millennials lazy or unfocused or narcissistic, but we need to remember that some of it isn’t their fault.  They are a product of their environment and we need to help them relax and not take things so seriously.  Mostly though, we need to encourage them to find peace within themselves instead of looking for it around them.

I’m attaching a video of an interview with Simon Sinek who goes into more detail about millennials and why they act the way they do.  It is a fascinating piece!  Millennials have argued that he is wrong about most of his points, but as a non-millennial I totally see where he’s coming from.