At some point in our lives I think we all stop and think to ourselves, “When did this happen to me?  When did I become this person?”  I do this on a regular basis.  Growing up not once did I ever imagine my life to be what it is now – not even close.  No one thinks they are going to have a child with special needs.  Let alone three!  I mean – what are the odds, right?  No one thinks their whole life will ever revolve around a child for much longer than 18 years.  That’s the way it is for us.  Every decision that is made concerning the family and me personally must be made with Ryland in mind.

When Paix was born, it was a real eye-opener for me.  Suddenly, my life didn’t include just me – I had someone else to think about.  All parents go through this.  The world becomes a little bigger and a little smaller all at the same time.  When the kids are small, their needs always have to be taken into consideration.  They depend on you for everything.  As they grow, they become more independent.  You allow them to do things on their own, make their own decisions.  Eventually, they grow up and leave – whether it be for college or to make their own way.  It is the natural order of things.  However, when you have a child with special needs, it rarely goes that way.  Most of the time it feels like you never get beyond the toddler years.

You remember the toddler years, parents?  When they were trying to assert themselves as independent but still needing you for most everything – food, drink, getting dressed, etc.  That’s where we are with Ry – still.  He tries to do things by himself, but when it really comes down to it, he still needs help to eat, to get a drink, to bathe, to change his pull-up, to get dressed, to brush his teeth.  He’s 19-years-old and yet it feels more like he’s 3 most days.

Ironically though, there are times when he acts like a “normal” teenager.  He loves to spend time in his room alone watching YouTube videos on his Kindle.  He has a particular taste in music.  He prefers heavy metal or hard rock.  When I ask him to do something, sometimes I even get the typical eye-roll.  It is a paradox that keeps us on our toes.

When he was younger, his needs didn’t seem like such a big deal.  So what if he’s 10 and I need to fill his drink cup.  Now that he’s beginning his adult years though, the realization that he will always be in need of assistance is a little more depressing.  Right now, he is in ABA therapy that helps us train him in the art of self-care, but it can only go so far.  He will still need supervision if nothing else.  He will never be able to live on his own.  As a parent, this can be heartbreaking to grasp.

This is the point in our lives that Eric and I are supposed to be gearing up for an “empty nest.”  We are supposed to be planning the rest of our lives without kids under our feet.  They are supposed to be off on their own becoming adults and living a life without our watchful eye.  Instead, we still have a toddler in the body of a man to take care of.  I’m not complaining!  There is nothing I would change about Ryland!  He’s a beautiful soul and brings such joy to our lives.  It’s just that sometimes I mourn the life we were supposed to have.

As I said earlier, every decision we make now must include a care plan for Ry.  There are no spontaneous trips to fun places.  No weekend adventures that do not include some sort of contingency plan for Ry if he is not comfortable or gets too tired.  Honestly, I can’t even go to the grocery store without making sure someone is home to watch him.  He doesn’t do well in the store.  We’ve tried a few times and each time ends with him bolting for the door and me leaving a cart of groceries in the middle of an aisle. 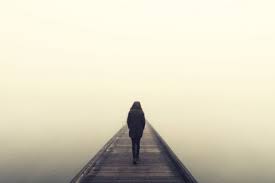 Here’s another point about having an adult child with special needs.  It can be awfully lonely.  Because everything has to be planned so meticulously, having and keeping friends can be difficult.  People without special children usually don’t understand why you can’t just get up and go shopping with them or head out for a girl’s night.  It’s especially harder now that Eric is stationed away from the family.  (Again – because Ryland’s needs outweighed the need for us to be together as a family.)  I’m essentially a single parent.

Keep all this in mind the next time you see a parent with a special needs child of any age.  Be nice to them!  Give them a smile of encouragement!  It is tiring, lonely work.  Sometimes just having someone taking the time to understand that means the world to us.