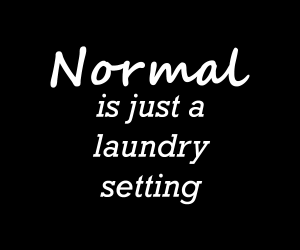 We’ve come to realize that our home does not run like most households.  Things that are “normal” for us are not “normal” for others.  Ry’s schedule is a prime example.  Not many people need to take their 19-year-old to the bathroom for “potty time.”  We’ve also come to realize that there are phrases one will here quite frequently in our home that aren’t heard in others.  Here are some of them.

So, there’s the top six phrases that you’ll hear at our house if you hang around long enough.  Hope you enjoyed this peek into our day to day lives.  Let me know if any of these are things you say in your home too.  I’d love to know that we are more “normal” than we think we are.