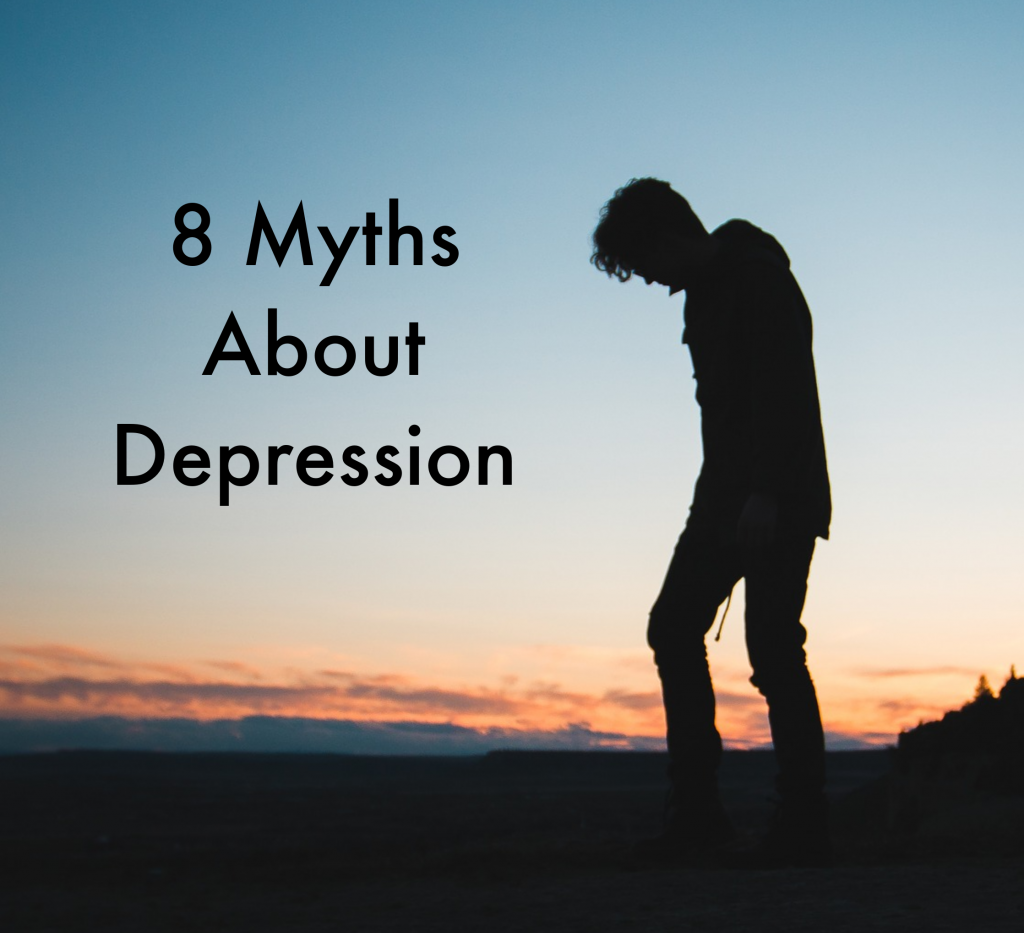 Depression is one of the most common mental disorders in the United States.  According to the Anxiety and Depression Association of America, Major Depressive Disorder affects over 16 million people per year and is the number one cause of disability in ages 15-44.  Yet there is still much stigma and misinformation out there about the disorder.  Because of this many people who need help don’t get it out of fear of being ostracized or simply not knowing the facts about depression.

Before going into the myths, let’s quickly talk about what depression is.  Depression is a mental illness that affects the way a person functions both mentally and physically.  Symptoms must last at least two weeks in order to get a diagnosis of depression, but episodes can last much longer.  Basic symptoms are:

Now that we have an idea of what depression looks like, let’s look at some of the misconceptions associated with it.  Here are several of the myths surrounding depression:

Depression is a real condition that many, many people suffer from, but treatment is available and works along with self-care and coping mechanisms.  If you or someone you love deal with depression, please seek help!  I personally went years without getting help and now that I’m on medication and seeing a therapist, I wish I had done it much sooner!  Don’t let the myths or misconceptions keep you from getting the help you deserve.