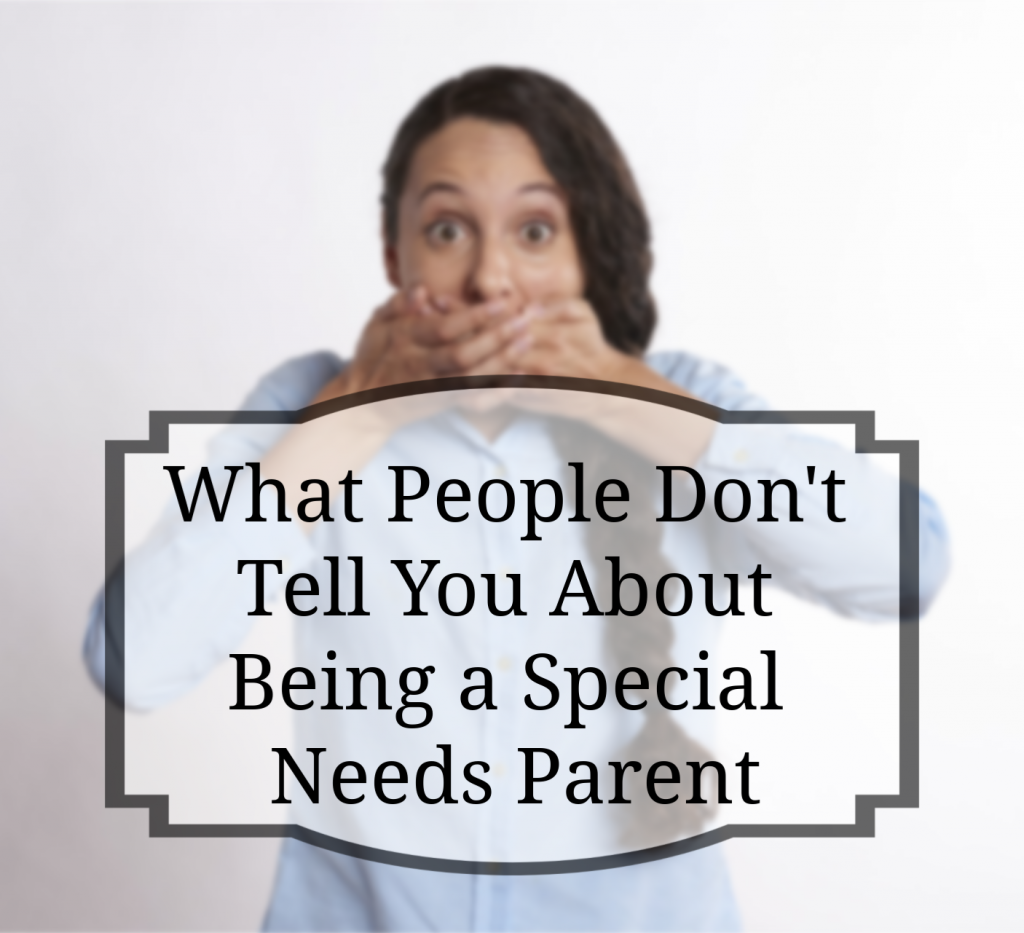 There are some things about being a special needs parent that don’t get discussed in general conversation.  Some things that sneak up on you and you kind of have to navigate on your own.  Self-care and hygiene are big ones and puberty is the main cause of the conundrum.  Puberty is usually considered a fairly private conversation between family members.  Sure, they talk about it in schools during PE as part of health education, but that doesn’t usually include the special needs kids and there isn’t a widely publicized class to help those parents navigate their way through.

Most of the time when you say, “special needs child” you think of a younger child – elementary age.  You don’t think of a pre-teen or teenager.  They are still considered children though.  The thing about having a child with special needs is that for some of us their self-care and hygiene continue to fall on us as parents.  Some special kids have the capacity to start caring for themselves in these areas, but for those of us with kids who may never be able to grasp the concept we have no choice but to endure.

When Ry started growing hair in private places, I just about had a panic attack.  No-one prepared me for that.  And it’s not like I could just toss that one over to dad to deal with like I did when Aidan came of age.  Ry’s new manliness was in my face every time I changed his pull-up – every time I gave him a bath.  What do you do with that?!

With the hairiness that started taking over his entire body, came new hurdles in wiping his rear after a bowel movement.  Hello, dingleberries!  It may sound gross, but that’s the point!  That’s why no one talks about it – no one prepares you for it.  Because dingleberries are what they are, it takes a little more finesse with the baby wipes to clean the area up.  More trauma for mom!  It was fine while he was still a baby boy – clean and pure.  But once manhood starts showing its furry head it is a whole new ballgame!  How do I teach him to handle his own dingleberries?  Where’s the instructional pamphlet for that?!  I Googled it – there is nothing.

Another part of the whole puberty thing is the erections.  Noooooo Not my sweet baby boy!!  Erections are a natural part of puberty for a male.  I get that.  But moms usually don’t have to see them up close and personal.  The first time I went to change his pull-up and that was staring at me I just about lost it.  Just about screamed, “Oh, hell no!  I believe this is beyond my job description!”  But I couldn’t, I had to work around it and keep going.  I’ve since learned that you can flick it to make it go down.  What?!  No!!  The farther I can stay away from that the better!

I feel for the mothers of special needs daughters.  I don’t know what I’d do if I had to explain a period to a child like Ry.  From what I understand, the doctor can prescribe birth control pills to regulate the flow and keep the hormones in check.  Still – if Ry were a girl, I don’t know how I’d get through it every month.  Guess I can be thankful for that.  And shaving their legs and armpits?  Forget it.

Speaking of shaving, the beard is another point of contention for Ryland and me.  It’s a rodeo just to cut the hair on his head even with the new scissors I bought with the length combs like you use for electric clippers.  (They really are cool.  They’re called Calming Clippers and they’ve been a God-send for us!)  When we used electric clippers, it would take forever because he hated the buzzing noise and vibration – especially around his neck area.  So now we need to deal with facial hair too.  I’m not putting a straight razor anywhere near his face – are you crazy?!  And an electric razor or trimmer?  It would be like riding a bull to get it done and I don’t want to put either one of us through that.  We are working on getting him more comfortable with an electric razor, but right now he will hold it, yell at it, turn it off, take it to the bathroom and put it back in the drawer where it belongs.  Until we can get it near his face the boy has a beard that makes him look a lot like Shaggy from Scooby Doo.  I Googled “how to shave your special needs son” and found a few videos, but they didn’t cover shaving a boy like Ry.  Hands everywhere trying to stop you and a head that is swinging around wildly.  That’s the video I need to see!

I’ve been told that at Ry’s age, he should no longer be taking baths but be showering.  How do I do that?  I can’t even get a toothbrush in his mouth to brush his teeth and you want him to shower himself?!  I’ve Googled “how to teach your special needs child to shower” too and got a step by step rundown but again, I feel it is for kids who are higher functioning than Ry.  (What did parents do before Google?  Seriously!!)  I’ve started using our handheld shower head while we’re filling up the tub to get him accustomed to the sensation of being under the water flow.  He seems to tolerate it well and will even let me wash his hair that way, but the boy does love his bubbles.  Not sure how it will go when I take away the bath part.

There’s no real handbook for being a special needs parent.  I think mainly because all our kids are so different.  They each have their own special needs.  (Get it?  Yuk, yuk!)  What may work for one child may not work for another.  One may be more capable than another.  As for Ry, I’m sure we can get him into at least the ballpark of self-care.  It’s just going to be a fun ride as we do.  Y’all wish us luck!!